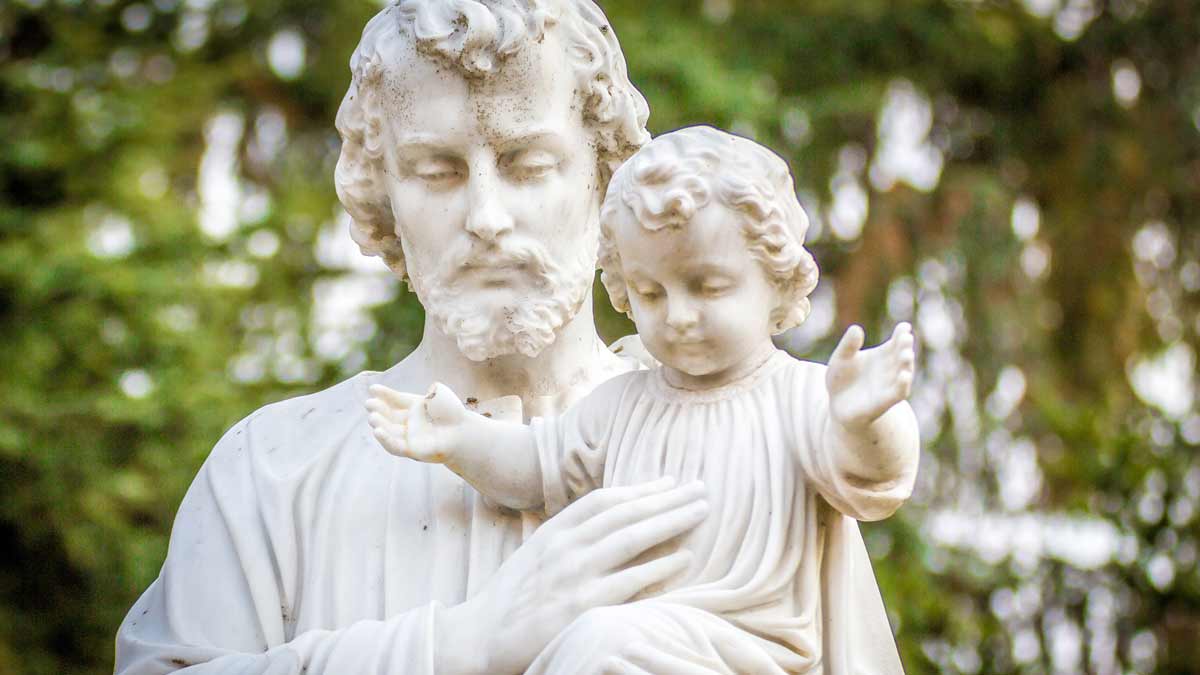 Why Celibacy for Priests?

St. Joseph is a model of chastity for those who seek to bring Jesus to others by living a celibate life.

The fact is, clerical celibacy has been a difficult issue from the beginning – we can see this throughout history, starting with Scripture. Even though our Lord plainly taught that virginity for the sake of the Kingdom is a more perfect life granted to some (cf Mt 19:10-12), it has been difficult to accept for many people, as Jesus said it would be. For this reason, the Church has reaffirmed and updated her laws concerning clerical celibacy over the last two millennia. So it’s clear that, for the Roman priesthood, celibacy is here to stay.

Keep in mind, however, that the requirement of celibacy for priests is a practice rather than a doctrine. While it is the normal law for Roman priests, it is not an absolute requirement for priests in general. Because of this, there are many good priests in the Catholic Church (non-Latin rites and special cases) who are married. Celibacy itself does not make man a good priest – fidelity does.

While it is important to accept the Church’s law and tradition, it’s equally important to understand them. Why is it that the issue of celibacy is so important that the Church continuously reaffirms her position, even against strong opposition? While we cannot exhaust the reasons in this article, we’ll look at the most important.

A priest, in a very real way, is a “stand-in” for Jesus Christ the High Priest. Not only in liturgical matters is this important; it is also necessary that a priest conform himself to Christ in every way possible if he is going to be a good priest who carries out the mission that Christ gave to the Church.

Celibacy emphasizes the unique role of the priest. Because a priest acts in persona Christi (in the person of Christ), his role in the salvation of mankind is unique, and it is tied uniquely to Christ’s role as priest, prophet and king. When a priest lives more like Jesus, he is fulfilling his role more perfectly and he will help to bring about the Kingdom of God more readily.

This does not mean that celibates are better people. What it does mean is that there are different ways to live the Christian life, and some are more perfect ways than others. Jesus calls celibacy the most perfect way – but not all are called to live that way!

Think of it this way: If you are traveling a great distance, you have several options. You could walk, ride a bike, drive a car, or fly in an airplane. Obviously, flying is much faster, and the view is fantastic! But this is not the best option for each traveler. Some travelers have a purpose which necessitates driving, riding a bike or walking. In the end, they will all get to their destinations in the ways that best fit their purposes. However, for those who can take a plane, this method of traveling is the most direct way to get to the destination; in a similar way, Jesus points out, celibacy is the most direct route to heaven for those who are called.

Celibacy reminds us that there will be no marriage in heaven

While that might seem like a negative point, it’s actually very positive. We won’t need marriage in heaven! We will have perfect, close friendships with everyone there, and most especially with God Himself!

We are called to live the heavenly life, beginning even here on earth, at baptism. A priest has the opportunity to do this in a radical way by living celibacy joyfully. In doing this, he frees himself to have more perfect relationships with people even before we are all reunited in Heaven.

Because our society (similar to many societies before, around and probably after us) places a high priority on the self-gratification gained by the misuse of sexuality, we need to be reminded that “sex does not make us happy.” Rather, it is living a life filled with grace which makes us happy. When married people are selfish, they have an unhappy marriage, and it often ends badly. But when they are selfless, they can be joyful because they are living grace-filled lives. Fr. Benedict Groeschel, CFR, quips: “The media trumpets the message that sex brings happiness. If this were true, we would indeed live in an earthly paradise and the world would be ‘happy valley’.” (The Courage to be Chaste)

A joyful celibate priest can be a very powerful reminder that holy joy comes from surrendering oneself to work for the good of others to help them get to heaven, which is the essence of marriage and the priesthood. Although marriage and celibacy may seem opposed, they are actually perfectly complimentary of each other.

It is often said that, rather than “giving up” the privileges and joys of having a family, a celibate priest (or religious) has an even bigger family because he is given the care of many souls. Celibacy allows him to care for these more freely than if he had his own wife and children.

St. Paul encouraged celibacy so that one could be more devoted to the service of God. In a spiritual and a practical way, celibacy allows the priest’s first priority to be the Church. This makes a lot of sense – families require huge amounts of time and effort, and even more so does priestly ministry!

St. Paul was a practical man, and very wise. He didn’t encourage celibacy because he thought marriage was bad, but because he knew, as our Lord taught, that virginity is a higher road. “This I say for your own benefit; not to put a restraint upon you, but to promote what is appropriate and to secure undistracted devotion to the Lord.” (1 Cor 7:27-35)

Living celibacy may seem daunting, even contrary to our nature. But it is important to remember that it is part of the vocation of the priest. If God is calling a man to the priesthood (in the Roman Church), he is also calling him to celibacy (except for very special cases). That’s great news, because it also means that he’ll give him special graces to live celibacy. Celibacy is a gift from God, but like all gifts from God, it carries with it necessary responsibilities. To live the gift of celibacy in a healthy way requires sacrifice, practical habits for growing in virtue, and an ability to relate to others in a fully human and chaste way. Celibacy is a way some live out the call of God to love our neighbor in an inclusive, free, and generous way. It is a life of charity.

If you are discerning a vocation to the priesthood, be sure to prayerfully discern celibacy – don’t just assume that “it will be okay.” It’s important to make an informed decision about such a weighty matter. But remember that God is in control, and if He wants you to live celibacy, He will make it possible to live it joyfully.