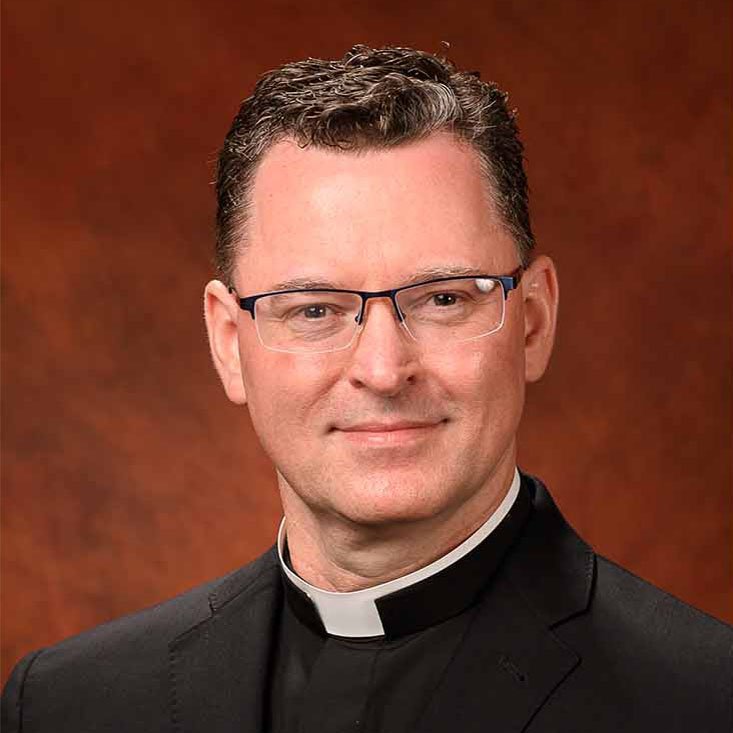 "The continued and increasing feeling of being 'at home' in the Church has led me to believe that perhaps it really is my home. As a result, I feel confident this is the direction in which I should move."
Back to Seminarians

Throughout my life, I’ve been blessed by God. Remaining cognizant of these blessings have helped make (and keep) me grateful and happy.

I was raised Protestant. My father was very active in Assemblies of God and did his best to instill Christian values in me. At the age of twelve, I began rebelling against him and his beliefs, much to his disappointment and my regret. In my twenties, I stopped going to Protestant services completely but, I continued to yearn for the peaceful and familiar surroundings of sitting on a pew inside a chapel. Even though I strayed from God for a number of years, I always felt the peace of home while in a church.

Years later, I befriended a woman with two young daughters who became like family to me. Since they were Catholic, the girls wanted me to attend Mass with them, which I did for many Sundays over the course of five years. This was my initial exposure to the Catholic Church. Those feelings of peace and “being at home” became more pronounced while attending Catholic Mass with them. It felt like God was pulling me back to the roots my father had laid down for me in the Assemblies of God, but this time with the help of two little girls leading me back to Him through the Catholic Church.

I enrolled in RCIA to continue my journey and subsequently I felt a strong pull toward the priesthood due to my admiration for the Catholic priests I’ve come to know, as well as my desire to serve God and His church. The continued and increasing feeling of being “at home” in the Church has led me to believe that perhaps it really is my home. As a result, I feel confident this is the direction in which I should move.

Part of the call I feel to serve in the Archdiocese of Portland stems from having lived in the Portland area and the love I feel for the place. I suspect the diversity that exists in Portland would make for an interesting and rewarding experience for any priest. Additionally, the prospect of working under Archbishop Sample appeals to me, as he seems like someone I’d like to work for and learn from.

I often wonder if I’m worthy of being a priest, however, I believe God has laid out this direction for me. Through the formation process, I believe I can become the priest I’m meant to be. I hope to be a priest who can look in the mirror while wearing a collar and know that I’m living up to what the collar represents. I hope to be a priest that is loved by the faithful, protective of the most vulnerable, and makes his bishop proud. I hope to be a resolute priest who exudes confidence in his faith and generates inspiration in others. These may be tall orders, but nonetheless, I want to be that priest.