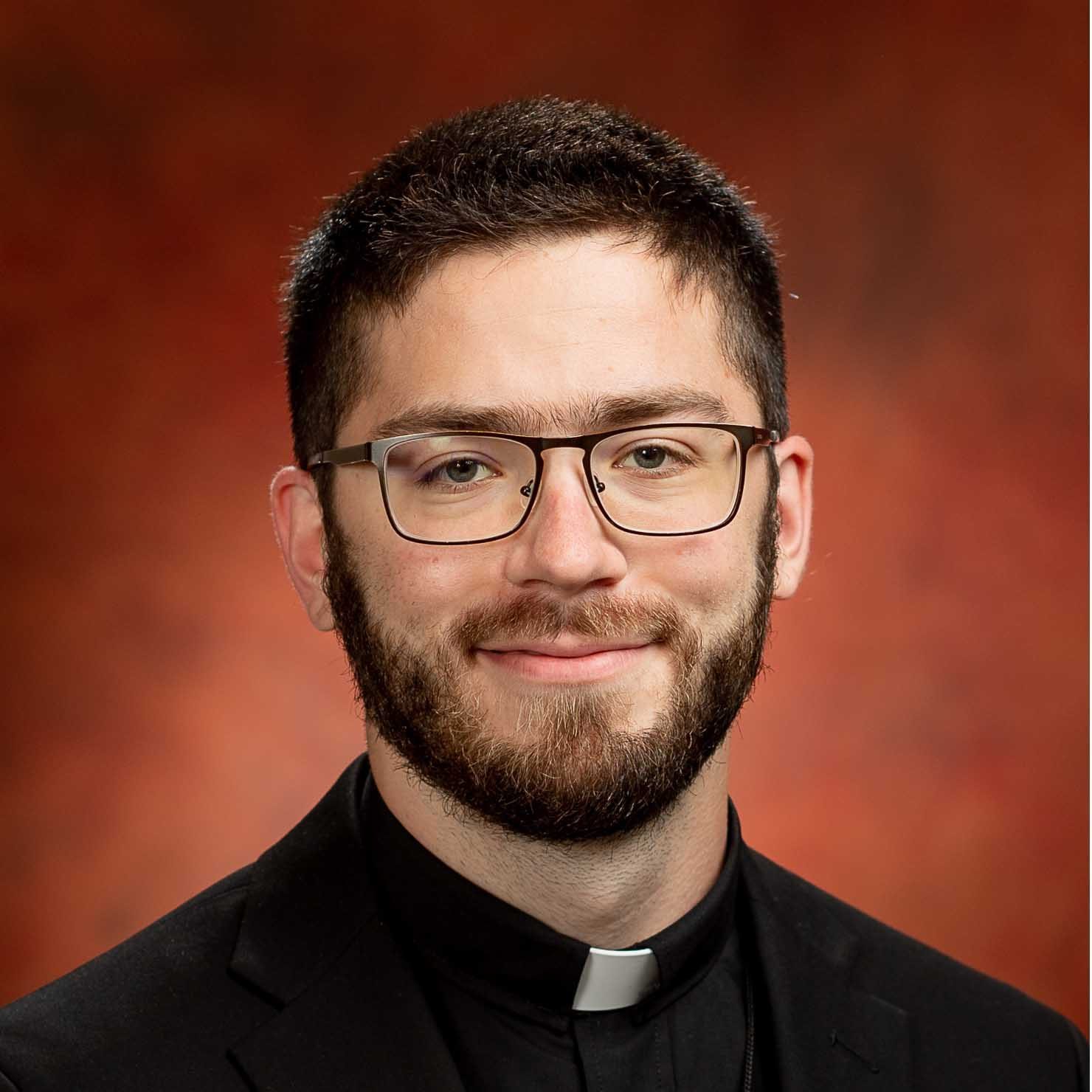 One day my brother handed me the book that converted him to Catholicism: The Imitation of Christ by Thomas à Kempis. The opening words pierced me to the soul. “He who follows Me, says the Lord, will not walk in darkness, but will have the light of life.” John 8:12
Back to Seminarians

I grew up as a Protestant with a faith that fluctuated with my emotions because my faith was based on them. Sometimes I felt so far from God that I considered myself an agnostic or even an atheist. By the time I was 23, I had truly given myself to hedonism, following the “flow” of my feelings. This led me to despair and interior chaos for nearly two years. One day, it all became too much to bear, and I genuinely cried out to God to stay my hands from my sins. Like the father running to the prodigal son, He made haste to help me. At that moment, I had a deep conviction to become a pastor. I wanted to help guide the lost to know the fact that God is just waiting for them to turn to Him to bring them peace.

Over the next few months, I started battling against my sinful ways, but I only made minor progress, as I was trying to go it alone. One day my brother handed me the book that converted him to Catholicism: The Imitation of Christ by Thomas à Kempis. The opening words pierced me to the soul. “He who follows Me, says the Lord, will not walk in darkness, but will have the light of life.” John 8:12 I realized that every time I had strayed from God, I fell into darkness, and that every time I chose to follow God, I ascended to light. I made a conscious decision in that moment to turn away from the doubts and choose to believe in Him. What I received in return from Him was nothing short of a blissful clearing of my interior chaos with a rejuvenated interior perception of His presence over the way I saw the world. As I continued to read the book, my faith began laying its roots in truth rather than feelings, although God was granting me no shortage of emotional consolation at the time.

I couldn’t believe the wellspring of truth and life that this book was, and I knew its source was in the Catholic Church. Within the week, I was going to Mass every day. I fell deeper and deeper in love with the Sacred Liturgy as I immersed myself into it and actively studied Catholic theology. On Easter Vigil 2018, I was Baptized, Confirmed, and received my first Eucharist. I can only liken my joy from receiving these blessed sacraments to the joy of a 5-year-old boy overcome and giggling with radiant bliss from the loving, tender touch of his mother or father.

My pastor guided me in theological study, spiritual warfare, and discerning my vocation. For two and a half years I lived with my brother’s family to discern marriage while also receiving spiritual direction. I clearly sense God calling me to the seminary at this point and I am following God’s call.