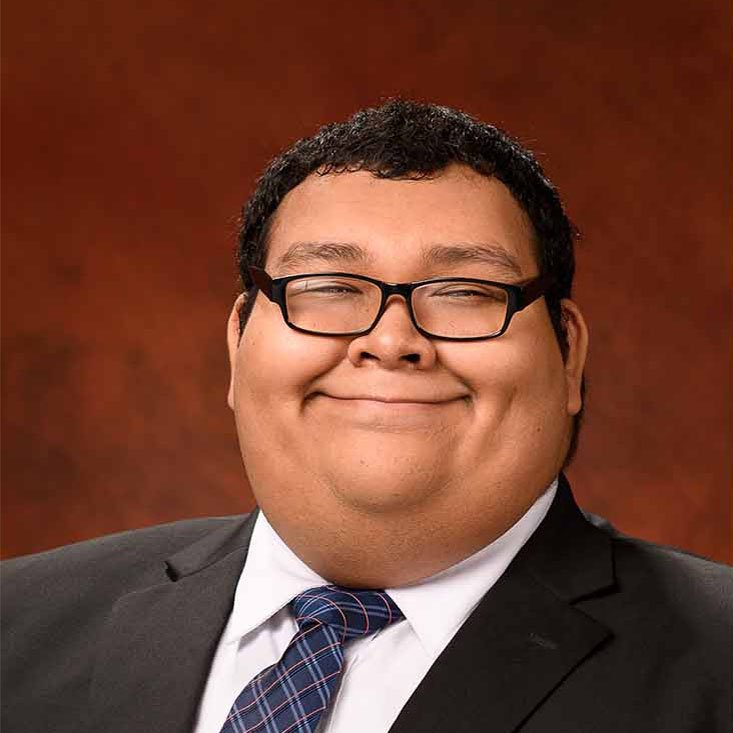 "In the middle of my tears, I clearly remember the feeling of someone hugging me, even though I knew that there was nobody next to me."
Back to Seminarians

I never thought of priesthood until my senior year of high school when my mother said to me out of nowhere, “You should go into the seminary.” I responded with, “Me? A Priest? No, I don’t think so.” That January, my mom told me that I should visit Mount Angel Seminary. I told her, “Sure, I’ll go just to check it out.” Once I arrived and stepped foot on the hill for the first time, I felt at peace. I didn’t feel anxiety or stress. I just felt this strange peace and felt that I belonged there; this was my home. Then in April, my paternal grandfather died. I went into church and asked God,“Why didn’t you let him live longer? You know that I couldn’t meet him because of the violence that’s going on.“ In the middle of my tears, I clearly remember the feeling of someone hugging me, even though I knew that there was nobody next to me. I put my head up and looked around. I was right. There was nobody there, but I felt that same peace that I had experienced on the hilltop when I first visited the seminary. I didn’t feel sad anymore. I only felt peace in my soul. I later wanted to know what was going on? Why was it that I felt someone was hugging me?

I started to go to Quo Vadis Days and other retreats. On my second discernment retreat, at the hour of the exposition of the Eucharist, I asked God to tell me if He wanted me to be one of his priests. I felt a slight touch on my shoulder, yet no one was there. Later on, my confirmation sponsor told me that I was on the correct path, but I didn’t know what she ment. When I saw my maternal grandmother, she told me, “Son, I want you to keep going and please go to the seminary because I feel that you’re on the correct path.” In this moment, I didn’t know what to think, but then I remembered that God can talk through people. After that bit of motivation, I decided to go on the Archbishop’s Discernment Retreat. As the Archbishop talked to us I decided to say yes. Later in the evening, during adoration of the Eucharist, I closed my eyes and again had the feeling that someone was hugging me. Not a regular hug, but a hug of happiness. I felt happiness all over.

I will keep praying for God and our Holy Mother to guide me through the seminary because I’ve given them the entirety of my soul. I am grateful for all of you that are supporting the seminarians. Your prayer is so helpful as we are discerning. Thank you, to all of you! ¡Gracias a todos ustedes!