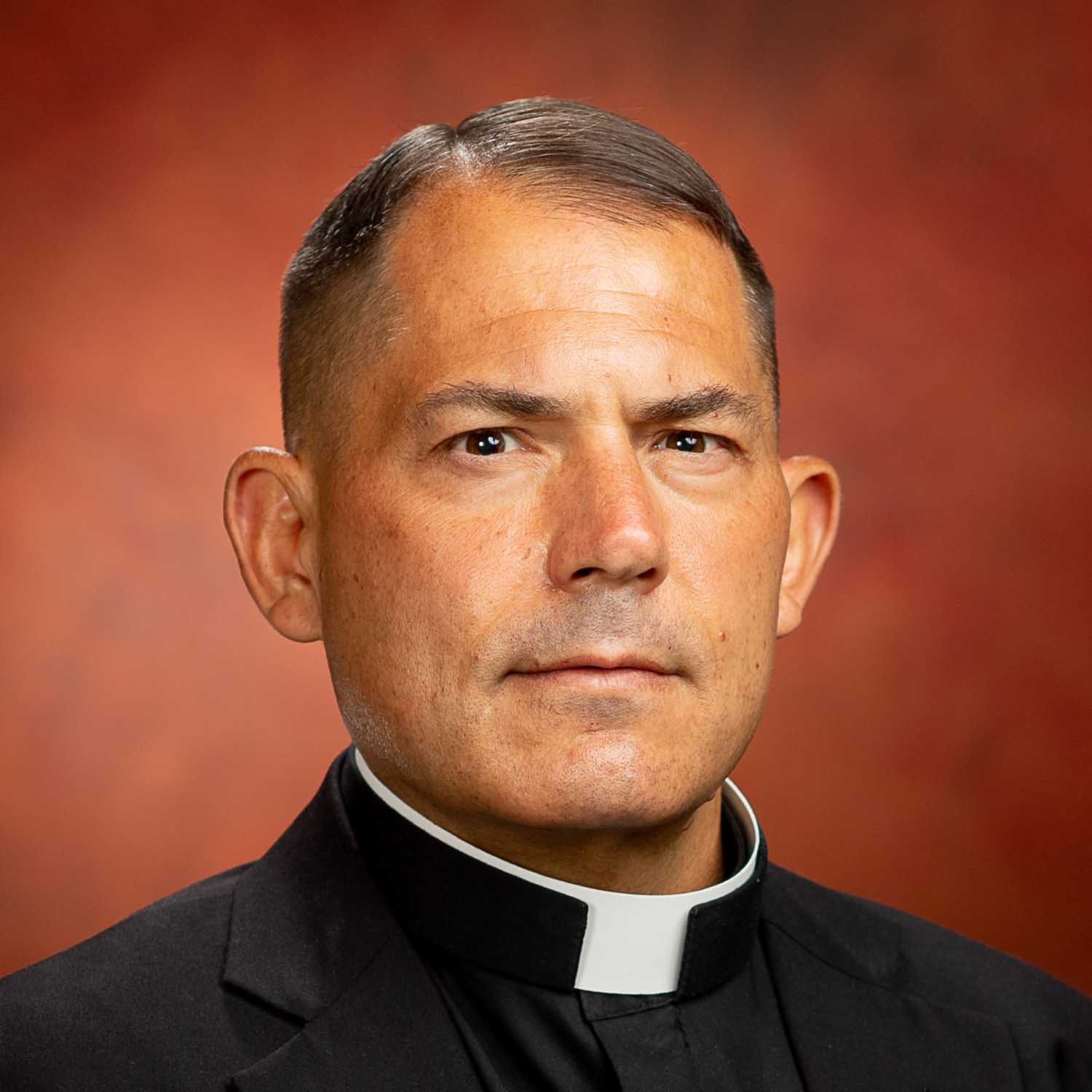 "While praying the recurring feeling was being called to serve and that there was no other vocation that would properly utilize my abilities for the greater glory of Jesus Christ."
Back to Seminarians

I was born in Colorado, attended public schools, and Sacred Heart of Jesus Catholic School in Boulder. For high school I attended The Fountain Valley School of Colorado where I played soccer, ice hockey and lacrosse. I attended The College of Wooster (Wooster, Ohio) where I played varsity lacrosse and was elected president of my fraternity for my senior year. Following graduation, I entered the corporate world where I spent the next twenty-three years specializing in risk management.

The first time I seriously contemplated the priesthood was the summer of 2015; this is not to say the thought hadn’t crossed my mind in the past, because it had. The thought and spiritual connection to the priesthood flashed through my mind off and on throughout my life only to be quickly dispersed when I would mentally respond with standard objections such as “I am not worthy” or “Someday I want to get married and raise a family” or “You are born a priest” et. cetera et. cetera. A common perception: we view our priests as wearing the cleric collar from birth… if only it were that simple. God has his own timeline. During the summer of 2015 I allowed the “flash thought” to cross the threshold into serious contemplation which evolved to prayerful meditation.

I began asking Jesus to give me a sign to help me know what was the right path. Frankly, my expectation was, I believe, standard for those in the early stages of discernment. I expected an immediate, clear, definitive, and resounding message. I further expected the message to be relayed in a back and forth conversation format. A “Yes, James” or a “No, James.” As if our Lord has a “red phone” at the ready to quickly answer such inquiries.

While not receiving the quick answer, there did exist a core feeling that I was on to something. The more I prayed and meditated the stronger, more resounding the feeling that I was being called. Confusing this however, was the feeling of not being worthy. What do I have to offer the priesthood? I’ve not been a devout catholic for my adult life. More to the point, I’ve spent much of my adulthood as a corporate careerist pursuing a life centered on what I want. Often this would lead to a sense of frustration over why I didn’t pursue seminary at a younger age. It was through this life review that it occurred to me that perhaps this is, in part, why I am being called. I understand the ease in which we begin to stray from the faith. Rarely is it a leap. Instead, it is a series of small backward steps. The distraction and noise the world throws up muffles our steps until we no longer distinguish steps away from the faith from our normal everyday steps of life. All the while the world further reinforces our motion away from the faith and Jesus Christ until we fail to realize we are in fact walking backward. My age and personal experience better equips me to understand the struggle so many in the faith are too experiencing. Perhaps this is why I didn’t pursued seminary earlier. The Lord wanted me to have these experiences therein to make me a more effective witness.

It was through the grace and mercy of Jesus Christ that I realized my error and came back into the fold and, once back the desire to serve became all consuming. As previously mentioned I meet with Fr. Dave Gutmann monthly. In August of 2015 I first broached the topic of priesthood. He was encouraging although he did advise there were some steps (finally, the right steps). Paramount was getting confirmed so I could get involved in parish ministry followed by attending the vocations retreat. During this early period of discernment, I began to feel a connection to the faith that brought back feelings from my childhood. The feel of being involved and active within its structure. The feeling of love, joy and hope during mass at times was overwhelming. The privilege of receiving Eucharist. The fellowship with parishioners during mass. It is difficult to put into words however what I can say is it felt natural and it felt right! I was home. However, with this peace came a sense there was an aspect to all of this was yet to be fulfilled. While praying the recurring feeling was being called to serve and that there was no other vocation that would properly utilize my abilities for the greater glory of Jesus Christ.