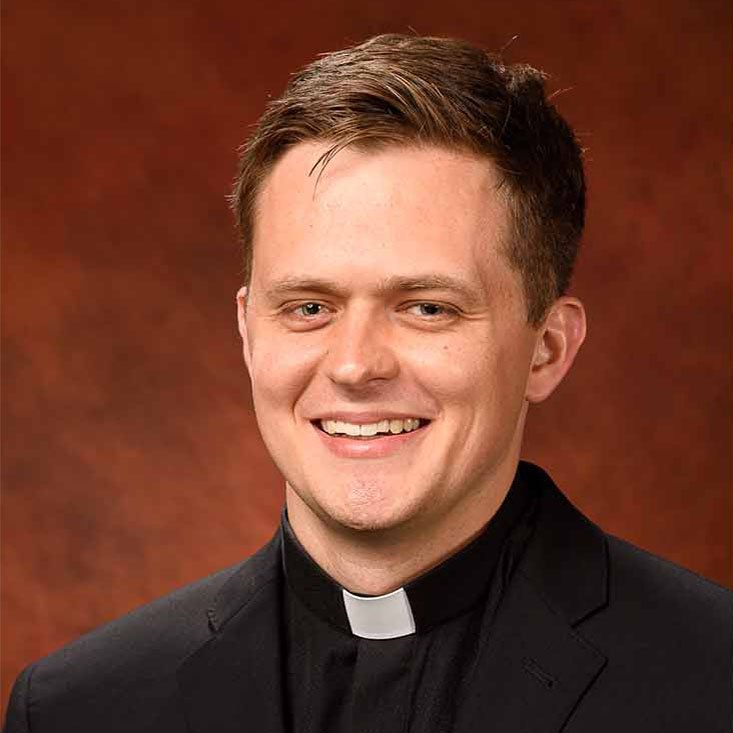 "Life went on and I worked toward my life goals, but I experienced multiple breaking points where God worked on my intrinsic desires and fears. Eventually, God led me to a state of peace about following Him further."
Back to Seminarians

I grew up as a non-denominational Protestant for 26 years of my life. My interest in the Catholic faith originated around some questions regarding science and faith near my last term in college. Since these were some of the big questions in life, I read most everything I could find online, including articles, documents, comments, and criticisms of the Catholic faith.  It was tiring since each topic brought up more questions than answers, but all of the pieces began to fit together so well. I had read parts of the Bible which did not make much sense until then and I felt like my eyes were being opened. Sometimes I wondered if I hadn’t noticed these passages before because I was too focused on school, Engineering, or other priorities even though I had attended church every week and dissected the Pastor’s sermons. When I got to RCIA, I was basically convinced of the truths of the Catholic Church. There were a few people opposed to my conversion and I had multiple long debates with them, but this didn’t completely discourage me.

Life was becoming more normal until two months before my confirmation when some offhand remarks about vocations started to bug me. I felt that God was asking me for more than intellectual conversion. For a while after confirmation, the thoughts and feelings fluctuated and I passed them off as stress related.  Life went on and I worked toward my life goals, but I experienced multiple breaking points where God worked on my intrinsic desires and fears. Eventually, God led me to a state of peace about following Him further.

During a recent trip to Europe with my brothers I had similar experiences of peace when I felt God speak to me. I was very impressed by the Cologne Cathedral. It was massive, ornate, and made to house the divinity of Jesus Himself. I could feel the weight of the sacredness there. Another time I was very moved while looking at a diptych of Moses and the Israelites eating the manna from heaven, which foreshadowed the coming of the Eucharist. I felt that God knew me and called me to Himself even before I fully understood all that was going on.

As a seminarian for the Archdiocese of Portland I will continue my discernment. I hope to accurately hear and do God’s will, wherever He takes me. Thank you for your prayers.