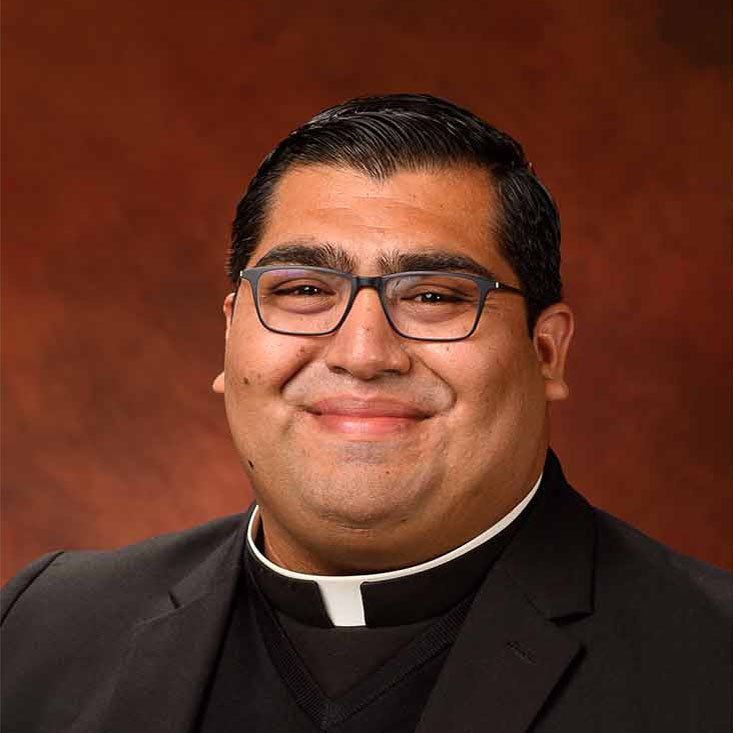 "One day I was praying at Mass and I looked toward the altar during the Eucharistic prayer and I thought, 'Maybe I could do this.' After this experience I was so happy with the vocation towards priesthood and I didn’t know why!"
Back to Seminarians

Hello, my name is Efrain Razo and I was born and raised in Los Angles California. I first thought about being a priest when I was in 3rd grade. In high school the idea of being a priest was pushed out of my mind as other interests took its place. I was very interested in psychology and teaching and decided I wanted to be a psychologist. I got involved in my local parish and I began attending Mass regularly, going to the weekly hour of Eucharistic Adoration, and more and more of my friends from church told me that I should think about being a priest.

After my high school graduation, I had no idea what I wanted to with my life. It was around this time when the Missionaries of the Holy Spirit invited me to a discernment retreat. In my religious community for 10 years, the Lord began to work in me. One day I was praying at Mass and I looked toward the altar during the Eucharistic prayer and I thought, “Maybe I could do this.” After this experience I was so happy with the vocation towards priesthood and I didn’t know why! The only way I can describe it is the way the disciples described their feelings after meeting Jesus on the road to Emmaus, “Did not our hearts burn within us as he spoke to us on the way?” I knew God was speaking to me! All I wanted to do was to be with Him and do what He wanted. I took some time away from my religious community and I started working at St. Alexander Catholic Church in Cornelius Oregon. It was there were I found a wonderful priest who inspired me to look at the possibility of diocesan priesthood. I was invited to a discernment retreat, where I had a chance to meet Archbishop Alexander Sample and other seminarians. There was a fraternal atmosphere that made feel comfortable and at home. After this experience, I decided to take the next step and apply to be considered a seminarian of the Archdiocese of Portland in Oregon. I am very grateful to God for my discernment and my vocation.