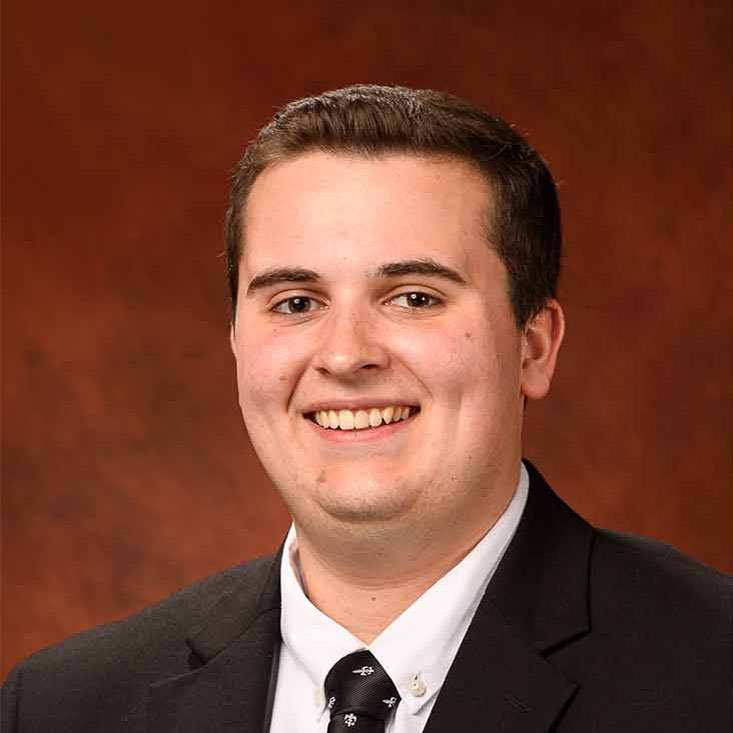 "Although at times I’ve had serious doubts, I’ve always felt deep in my heart that I had to go to the seminary. Since I was accepted by the Archdiocese of Portland I have encountered a peace so strong, lasting, and profound that it can only come from God."
Back to Seminarians

I distinctly remember the first time I served Mass at Holy Rosary Parish in Portland. During the week of training leading up to it, I vigorously studied the Holy Sacrifice of the Mass (at least, for a 9-year-old). Since that first Mass, I’ve developed a great personal devotion to Our Lord in the Most Holy Eucharist and have felt a consistent pull towards Christ and the priesthood.

I was almost exclusively homeschooled, but in seventh and eighth grade I attended St. Agatha Catholic School in Portland. There I met Archbishop Sample for the first time and had the honor of serving Mass for him. After Mass he asked if I had ever considered the priesthood. I had observed several priests who were good, holy, joyful men of God. They were men I wanted to be like, so I answered, “Yes.” His Excellency, happily surprised, encouraged me to continue discerning God’s will through prayer and added that he’d be praying for me.

In eighth grade, I read the book 33 Days to Morning Glory by Fr. Michael Gaitley and consecrated myself to Jesus Christ through the Blessed Virgin Mary. I was particularly fascinated by the life and spirituality of St. Maximilian Kolbe, to whom I look as a model for the priesthood, charity, and devotion to Our Lady, the ​Immaculata​. As I began to consider more seriously God’s plan for my life, the priesthood came to mind every time.

At St. Stephen parish in Portland, I’ve received extraordinary graces and developed a truly personal relationship with Our Lord. When the parish found itself without a music director, it quickly became clear that God was calling me to serve the Church with the musical talents He had given me. From an early age, I’ve understood the power and gravity intrinsic to Sacred Music in the liturgy. With the encouragement and prayers of Fr. Boyle, Fr. Andersen, and the parishioners, I stepped in to fill the positions of parish organist and choir director in addition to the roles of altar server coordinator and sacristan.

While working in the parish, I’ve witnessed firsthand the life of a parish priest and the spirituality necessary to shepherd the people of God on the narrow path to salvation. Although at times I’ve had serious doubts, I’ve always felt deep in my heart that I had to go to the seminary. Since I was accepted by the Archdiocese of Portland I have encountered a peace so strong, lasting, and profound that it can only come from God.

There are many, many souls who have given me their support and prayers, but I would especially like to thank His Excellency, Archbishop Alexander Sample; Fr. Eric Andersen; Fr. Gabriel Mosher, O.P.; Msgr. John Cihak; Msgr. Gerard O’Connor; Fr. John Boyle; Fr. Vincent Kelber O.P.; Fr. Jeff Eirvin; Fr. Luan Tran; Dr. Arnaud Prevot; the parishioners of St. Stephen; and last, but certainly not least, my parents, siblings, and grandparents.