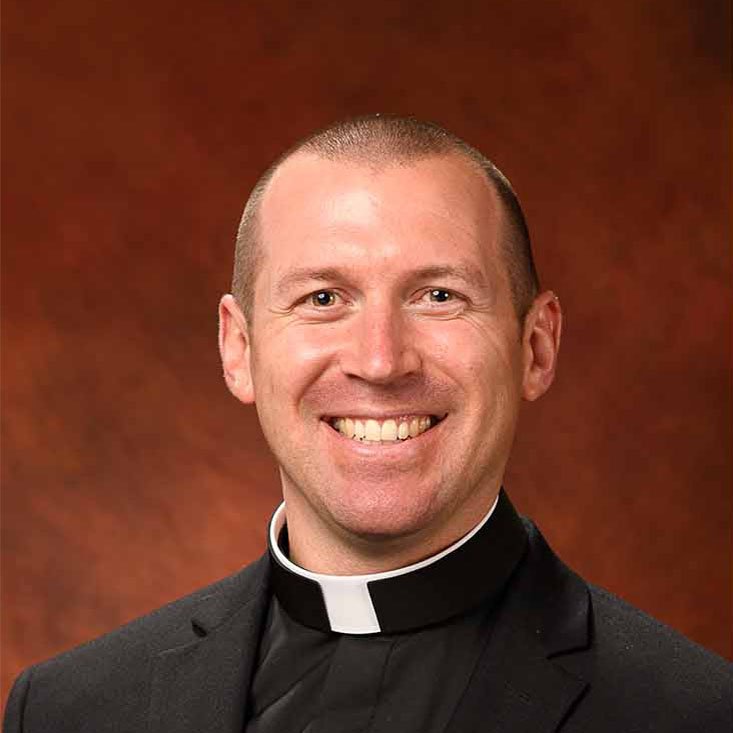 "A few months later, the Lord decided to reach out to me and give me an encounter with the depth of his love and my identity as a 'beloved son of the Father' for whom that love burns. I had never expereinced anything like it."
Back to Seminarians

The priesthood was never on my radar. If you had told me even a couple years ago that I was going to be a seminarian at 30 years old, I would have laughed at you and walked away. This was never the life I had wanted for myself, but it is always the life to which I was called. I just wasn’t listening. Before telling you why I am so glad I said “Yes” to someone else’s plan though, let me back up a few years and tell you how I got here.

I was born and raised in Salem, OR with my younger sister and awesome parents. Growing up, I had never really cared about my Catholic faith or a personal prayer life. I had always gone through the motions of going to mass with my family and religious ed class with my friends, but only because I had to. As I got in to high school though, my faith started becoming much more real to me. We had a youth minister that taught me the importance of a personal prayer life and how deeply our Lord desires to be in relationship with us. This is when my faith took off. I started becoming more involved in youth group leadership and retreat ministry.

Fast forward a few years, I now had to decide on a career path. I knew I wanted to help people and see the fruits of my work. After exploring a few options, I settled on fire fighting. Not only could I help people, but I get to work along side a second family, encounter intense situations, practice medicine and get paid doing all of it. It seemed perfect. After going to school, I landed my first job. It was busy, exciting, fulfilling, but something was missing. An opportunity to transfer as a lateral firefighter opened up for me, so I took it looking to remedy that missing piece. I was now making more money, had more time off and had more friends within the department. After the newness wore off though, I began to feel restless again. Why, after having 2 dream jobs, was I not at peace or feeling like I belonged in the place around which I had built my life?

A few months later, the Lord decided to reach out to me and give me an encounter with the depth of his love and my identity as a “beloved son of the Father” for whom that love burns. I had never experienced anything like it. It still brings tears to my eyes as I type this telling you about it. I wanted nothing more to follow and live in that love. The other aspect of this encounter that still floors me was the presence of Mary. She revealed to me that through her maternal patronage, she has my heart and was leading me to the Father and my identity in him. I was left a sobbing mess, overwhelmed by the feeling of Gods desire to be in intimate union with us.

Another few months pass as I ride out the high of this experience. I decided to renew my consecration to Jesus through Mary and make it more of an official promise of my heart to her, giving her permission to form me and lead me to Christ. As I was finishing up the weeks of preparation to get to the day of consecration, I happened to listen to a vocation story by a priest after a good friend passed it on to me. I was immediately hit with the fact that God was calling me to the priesthood. I was also immediately very angry. Here I was in what I thought was my dream job, making a healthy amount of money, working with a great group of guys and helping people in crazy situations. How could a God that supposedly loves me do this to me? I began to wrestle with this. I went to the adoration chapel and basically started yelling at God (silently of course so I didn’t scare everyone else in there). I told him if he wants me, he is going to have to take me kicking and screaming or else change the desires in my heart. I wanted nothing to do with this.

What I quickly came to realize though, is that I had lived my whole life for myself. I always did what I wanted to do and it led me into restlessness, lacking peace and purpose. Once I finally accepted this (which took about a year of struggling with it), I turned all of my fears and apprehension over to him and decided to go. I will tell you that words cannot express the peace that I have experienced since I gave that “Yes” and followed what he wanted for my life. While I don’t know if I will be continued to be called all the way to the priesthood, I know that I am finally on the path on which our Lord wants me and with that, I want nothing more for myself.