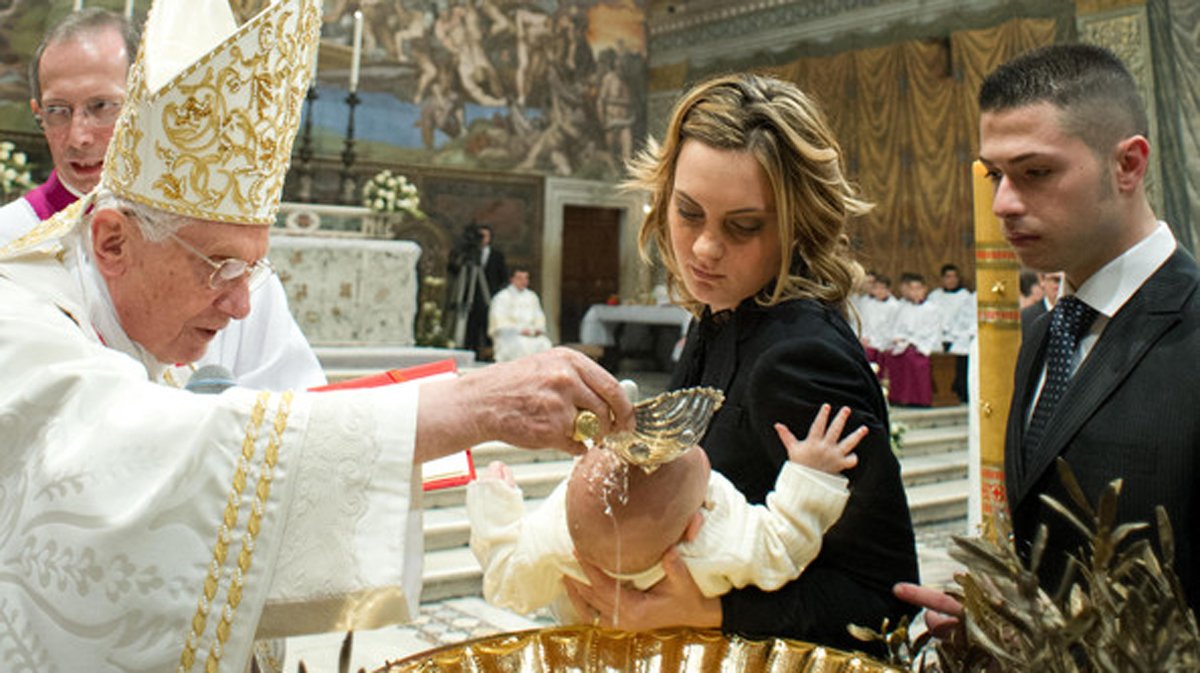 “It does makes sense to become a priest: the world needs priests, pastors, today, tomorrow and always, until the end of time.”

In an open letter on October 18, 2010, Pope Emeritus Benedict spoke from his heart to seminarians throughout the Church. Addressing the confusion and uncertainty the members of the Church encounter in the world with regard to the priesthood, he sought to reassure and strengthen men who are discerning the priesthood as their potential vocation.

While his letter was directed specifically to seminarians, every Catholic can benefit from the his insight and wisdom, and can learn a great deal about seminary formation and the priestly vocation – especially those who are discerning their own possible vocations to the priesthood!

While there are many elements of seminary education, the Pope addressed some of the basic components which help to form a well-rounded priest: Prayer; sacramental life (especially the Eucharist and Penance), popular piety, study and maturity.

Because of the fact that Jesus is present in the Eucharist, that personal relationship takes place largely in the context of the Sacrament of the Eucharist: “At the heart of our relationship with God and our way of life is the Eucharist.” A priest, he says, should make his encounter with Christ in the Eucharist the center of his day. Speaking of the unique role of a priest, the Holy Father noted the great need for a priest to be a man of prayer, and encouraged men who are discerning to live lives of holiness: “Anyone who wishes to become a priest must be first and foremost a ‘man of God’…The priest is not the leader of a sort of association whose membership he tries to maintain and expand. He is God’s messenger to his people. He wants to lead them to God and in this way to foster authentic communion between all men and women”. He emphasized that a relationship with Jesus Christ is the most important part of preparation for the seminarians.

Penance also plays a role in helping the priest to be who he really is: “It teaches me to see myself as God sees me, and it forces me to be honest with myself. It leads me to humility.” It also helps him to be more compassionate toward the people under his care in their own struggle with sin.

Of course, study is very important for the man preparing to become a priest: “Be committed to your studies!…Certainly, the subjects which you are studying can often seem far removed from the practice of the Christian life and the pastoral ministry…The point is not simply to learn evidently useful things, but to understand and appreciate the internal structure of the faith as a whole, so that it can become a response to people’s questions…” Though it is not always evident that a particular subject is directly useful, it is important for seminarians to realize that the more they learn about a wide range of subjects, the more likely they are to be able to comprehend the whole of faith and human experience. They will be better able to address the difficulties of human life when they have a well-rounded understanding.

Finally, the Pope speaks about maturity: “It is important for the priest, who is called to accompany others through the journey of life up to the threshold of death, to have the right balance of heart and mind, reason and feeling, body and soul, and to be humanly integrated.” A priest will be best able to serve God’s people if he takes care to understand himself and become a role model of Christian life.

Our Holy Father ends his letter by noting that seminarians come from a wide range of backgrounds: “The origins of a priestly vocation are nowadays more varied and disparate than in the past.” Because of this, seminarians will have the challenge of living in a community of people who are not always like themselves; however, this can be beneficial, he says, if they learn to bear with and support each other in their common goal, for the good of the Body of Christ.

Even as many people in the world think that the Church and the priesthood have been made “obsolete”, Pope Benedict encourages men who are discerning the priesthood to not be afraid, “because people will always have need of God, even in an age marked by technical mastery of the world and globalization: they will always need the God who has revealed Himself in Jesus Christ, the God Who gathers us together in the universal Church in order to learn with Him and through Him life’s true meaning and in order to uphold and apply the standards of true humanity.”

The complete text of Pope Benedict’s Letter to Seminarians can be found at:
http://www.vatican.va/holy_father/benedict_xvi/letters/2010/documents/hf_ben-xvi_let_20101018_seminaristi_en.html

Quo Vadis Days – Where are you going?