Mary is your mother. It is true. In difficult times, ask her to let you feel her tender care, to comfort you, to strengthen you. A daily devotion to the Blessed Virgin Mary will move your heart ever closer to the heart of her son Jesus. Begin your devotion to Mary, your mother, by praying three Hail Mary’s each day asking Mary to help you know your vocation.

Hail Mary, full of grace,
the Lord is with thee.

Blessed art thou among women,
and blessed is the fruit of thy womb, Jesus.

Holy Mary, Mother of God.
Pray for us sinners,
now and at the hour of our death. 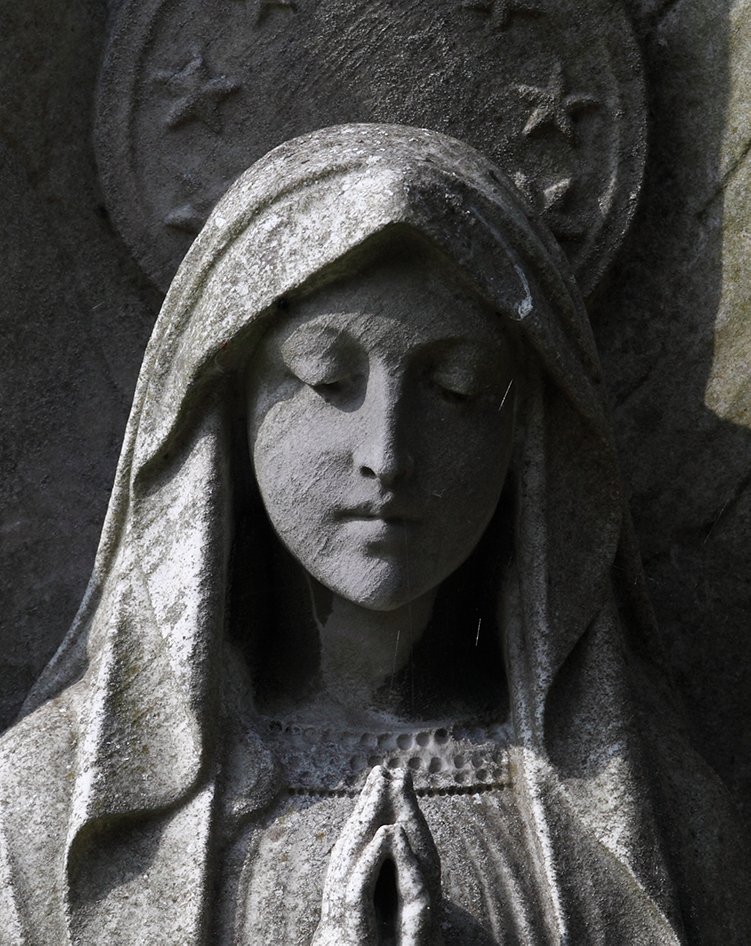 Prayer is the lifeblood of friendship with Christ. Make a commitment to daily prayer and be faithful to it, even when it gets dry. Do not be afraid of it. If you feel like you do not know how to pray, keep asking Christ to teach you as he did for the apostles, the first priests. The heart of prayer is desire, the desire to receive the love of the Father found in the presence of Christ. Keep bringing that desire to God and over time you will receive great peace and consolation.

The ARRR method of personal prayer begins with unburdening your deepest thoughts, feelings and desires to the Lord, opening yourself to receive His grace, and then making an intentional response to God’s love. This prayer can be done in front of the Blessed Sacrament or in the silence of your room. Don’t rush through the steps. Feel free to linger with the Lord as the Holy Spirit moves your prayer.

Be still for a moment. What’s going on inside you? What are you thinking, feeling, desiring? Honestly acknowledge your interior disposition. Try to be aware of both your surface-level emotions and what’s going on deep in your heart. In a word: be honest with yourself.

Now tell the Lord what’s going on. Be completely real with Him and don’t hold anything back. Tell him about your anger, fear, agitation, and joy. Tell him even about the small stuff. It may help to imagine Jesus sitting in front of you as you’re talking to him. Let it all out.

This step is most difficult: stop talking and listen. Be confident that God will communicate with you! Open yourself to his response. Feel his light and love. Is there a peaceful thought that keeps coming? A gentle tug in one direction? An echo of Scripture that comes to mind? Let God’s grace wash over you.

Now respond to grace. As you are walking alongside the Lord, what is your next step with him? Is he inviting a spiritual change? Renewal in how you approach a situation? Sometimes your response should be concrete, like an action to undertake today, a word to speak to a friend, or a resolution for the future. 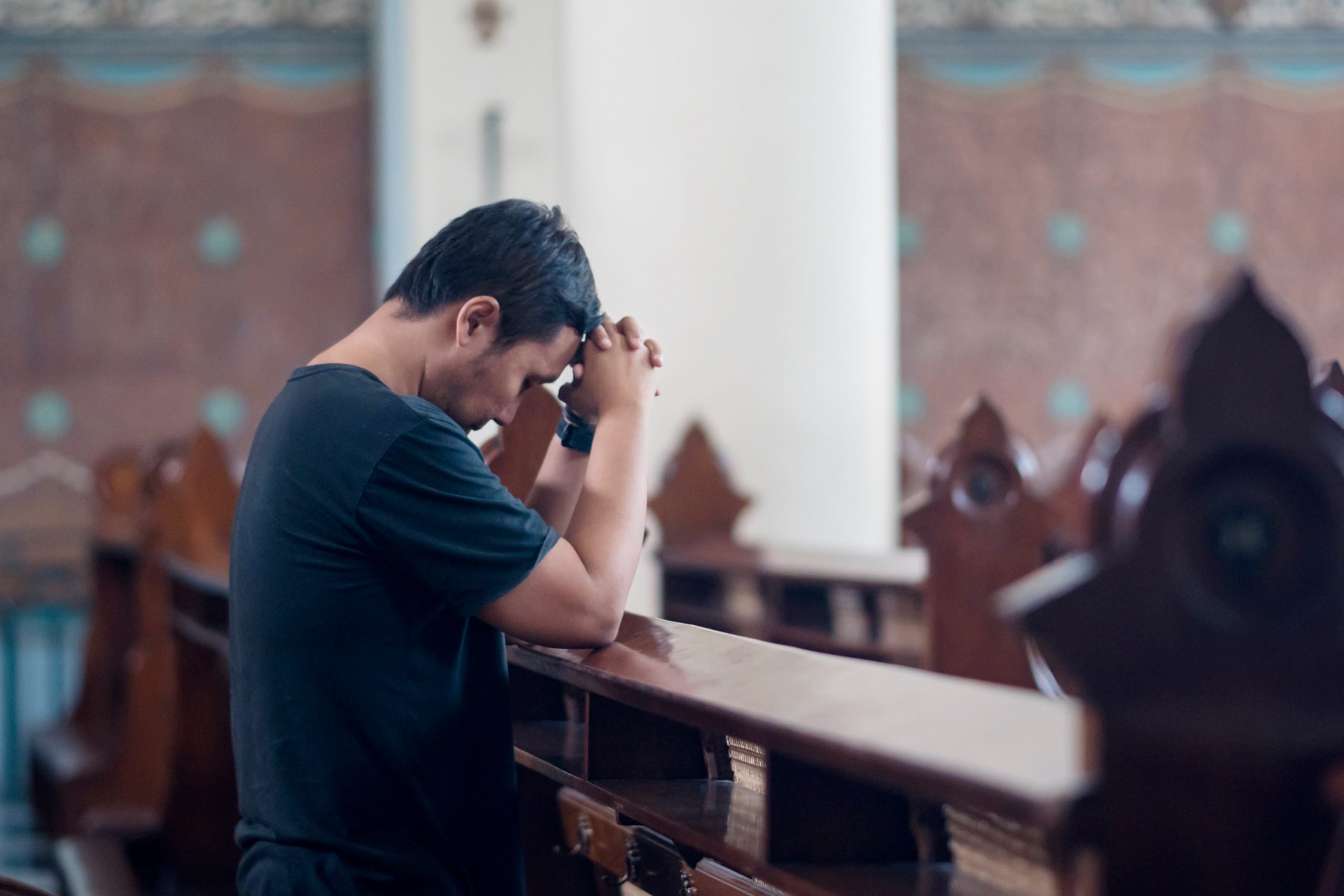 Ted is a seminarian in theology. He is finishing the year and finds himself in a difficult spot. Exams are difficult to prepare for and he finds himself agitated and anxious about many things. This agitation manifests itself toward his brother seminarians in unkind and uncharitable ways. He notices this and finds this troublesome.

Ted goes to the chapel to pray his daily holy hour in front of the Blessed Sacrament. He has a lot of “stuff” on his heart. In that time, he simply shares this “stuff” with Jesus in quiet heartfelt prayer. A simple conversation emerges. Like a friend, Ted shares with Jesus everything that is going on and asks for His assistance.

Slowly Ted notices peace return to his heart. There is a sense of warmth, of closeness, of comfort. Ted senses Jesus’ presence with him and is encouraged to keep going. He has a great sense that even in this difficult time he is loved by Jesus. He knows that this time will pass. In his prayer he is reminded of all his gifts and talents and the blessing that he is to those around him. Joy wells up in his heart as he prays.

Very gently, Ted responds to Jesus’ consolation with gratitude and simply sits in heartfelt prayer with the Lord. He receives God’s love and loves Him in return for looking upon him with such tenderness and compassion. Ted is completely at peace.

The hour seems to have flown by. He wishes he could stay longer in prayer but has to get back to his studies. He leaves the chapel with a renewed sense of purpose, energy and enthusiasm for what lies ahead knowing Jesus is with him in it all.

Adapted from Fr. Eirvin’s personal experience with a seminarian in formation.

It is simple fact that people often become who the hang around. We influence one another in good ways and bad. Our relationships deeply affect who we will become. It is important that our friends are fun and enjoy life, but it is also important that those same friends encourage us to do the right thing and to put God first in our life. Hang around the right people! 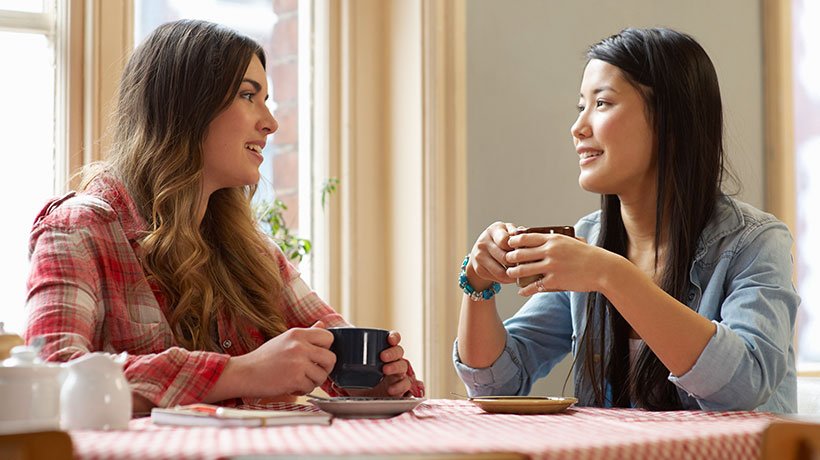 Sally is a woman of faith and deeply committed to serving the Lord. She is happy in her life of service, and many are grateful for her faith-filled and loving presence in the parish community and at home. She is familiar with St. Ignatius of Loyola’s teaching on discernment of spirits. Sally dedicates herself wholeheartedly to her service and, from time to time, exhausts herself. Recently she has once again worked hard at her many commitments and has become somewhat worn. She is trying to reduce the activity in her life for a few days in order to recuperate her energy. As she does so, she experiences a sense of loneliness and a certain interior heaviness. Prayer becomes more difficult and she finds herself beginning to doubt the value of her service to the Lord and whether she can continue to serve as she has.

Several weeks earlier she has called Joan, a close friend, and they had agreed to have dinner together on this evening. Sally keeps the appointment and, in the course of the meal, tells Joan about the heaviness she has experienced in the past few days. Joan listens and says simply, “It sounds like you are in desolation.” As soon as Sally hears these words, she realized that Joan is right, and that, without having identified it as such, she has been experiencing spiritual desolation in the past week. With that new awareness, a large part of her burden lifts. She now has a clear understanding of her spiritual situation and begins to consider how she will respond to it. She leaves the dinner with new hope in her heart.

In the sacrament of confession, we receive the forgiving presence of Christ. It is his precious gift to us. Go to confession! If you need, go every week. If you are struggling with the sin of lust, confession will be a source of mercy and strength. If you have not gone for years, do not be afraid. The priest will understand; in fact, he will be thrilled. There are few things more rewarding for a priest than to be an instrument of Christ’s forgiveness for those who have been away for years. 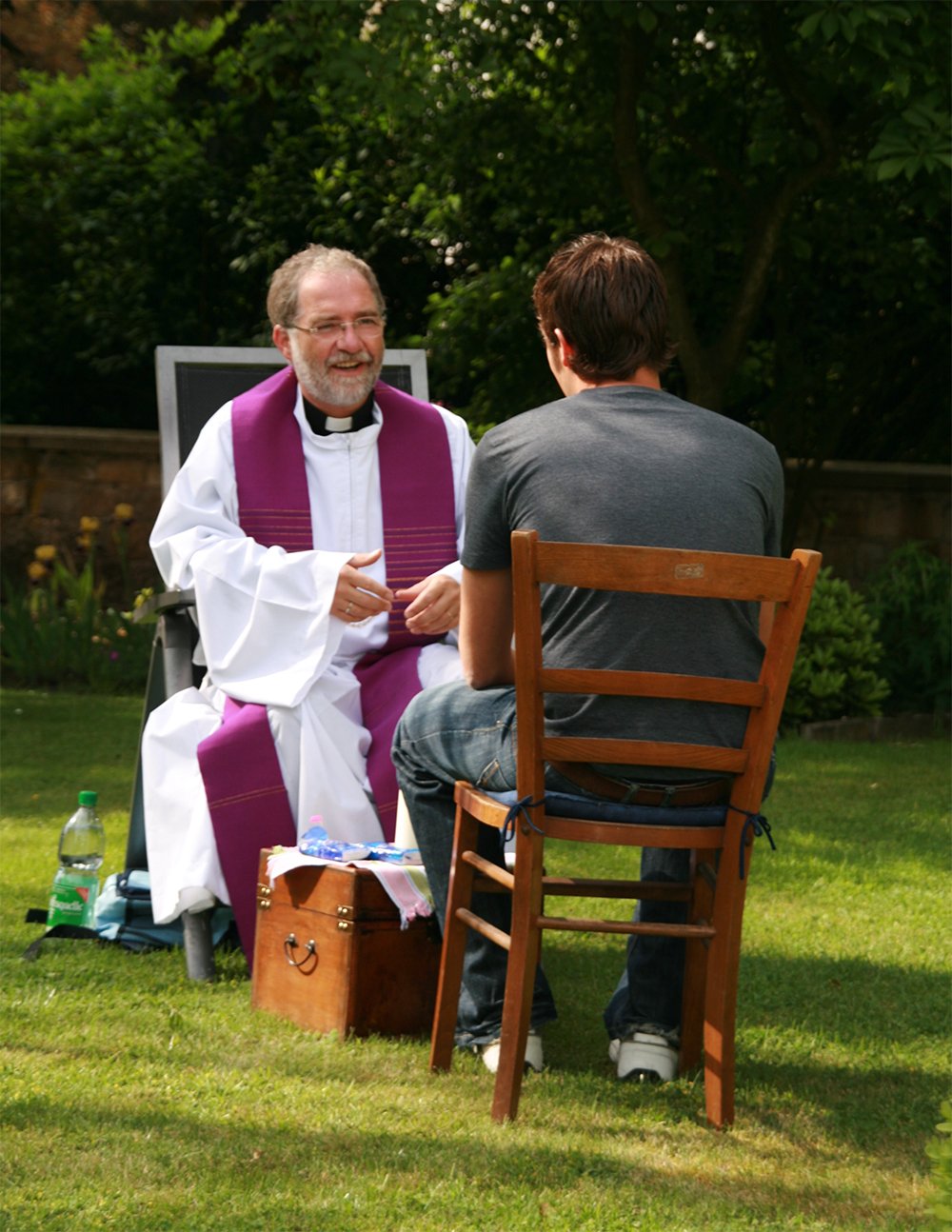 Peter is a fifty-three-year-old married man and the father of three children. He was raised Catholic and, apart from a few years in college, has always practiced his faith. For him, this means attending Sunday Mass, seeing that his children receive the sacraments, and praying on occasion.

One Sunday, as Mass was ending, the pastor announced a forthcoming parish retreat and warmly invited his parishioners to consider attending. The retreat would be held in a local retreat house during the coming Lent. Peter had never made a retreat, and something about the thought of a weekend away – with talks on the faith, times of prayer, and space for quiet – appealed to him. That evening he spoke with his wife, who encouraged him to attend. Peter registered for the retreat and looked forward to the experience.

When the weekend arrived, Peter found the talks engaging and the times of prayer fruitful. On Saturday evening, a penance service was held with preparation in common and individual confession after. Peter decided to receive the sacrament and approached one of the priests, who received him with goodness and understanding. Peter generally went to confession before Christmas and Easter, but this was different. The talks, the quiet, and the prayer had prepared him for a deeper experience of this sacrament.

Peter shared with the priest his new insight into habits that were not spiritually good for him: ways of using the Internet and television that diminished his spiritual energy; kinds of conversation into which he had drifted and that he now saw were harmful; practices at work that skirted moral boundaries regarding honesty; a slowness to assist his wife and children when this conflicted with his own interests.

Peter spoke openly of all this to the priest and found the priest’s response helpful. His words lifted Peter’s heart and helped him experience God’s love, mercy, and forgiveness. As he left the confessional, Peter felt a deep peace, a peace he had long sought.

That evening Peter walked on the grounds of the retreat house. His heart was filled with a quiet joy. He found himself desiring to begin a new spiritual journey. Peter resolved that he would go to confession regularly, and after the retreat did so. He changed his use of the Internet and television, eliminating the harmful practices. Unobtrusively, Peter distanced himself from the damaging conversations and questionable business practices. He also sought to overcome the self-centeredness that limited his love for his wife and children. In Ignatius’ terms, Peter is now a person who, with humble trust in God and diligent effort, is going on intensely purifying his sins.

M.  Pray one decade of the rosary daily.
O.  Pray with Sacred Scripture daily.
V.   Visit with a priest.
E.   Go to Mass, if possible, daily.

M.  Pray one decade of the rosary daily.
O.  Pray with Sacred Scripture daily.
V.   Visit with a priest.
E.   Go to Mass, if possible, daily.