From our relationship in Christ we begin to know and desire God’s will for our lives. The decisions we make, whether small or big decisions, are made out of a relationship of love. A daily review of our thoughts, feelings and desires in Christ is the “stuff” of discernment. We make a decision from the depth of this space that often comes with peace, warmth and tranquility.

To aid our daily review of interior spiritual movements, it is recommended that we pray the Examen Prayer daily as taught by St. Ignatius of Loyola. A faithful commitment to this prayer helps us to remain in communion with Jesus at every moment of the day and brings clarity regarding God’s will for our lives. Take a moment to learn some simple steps for praying the Examen Prayer. 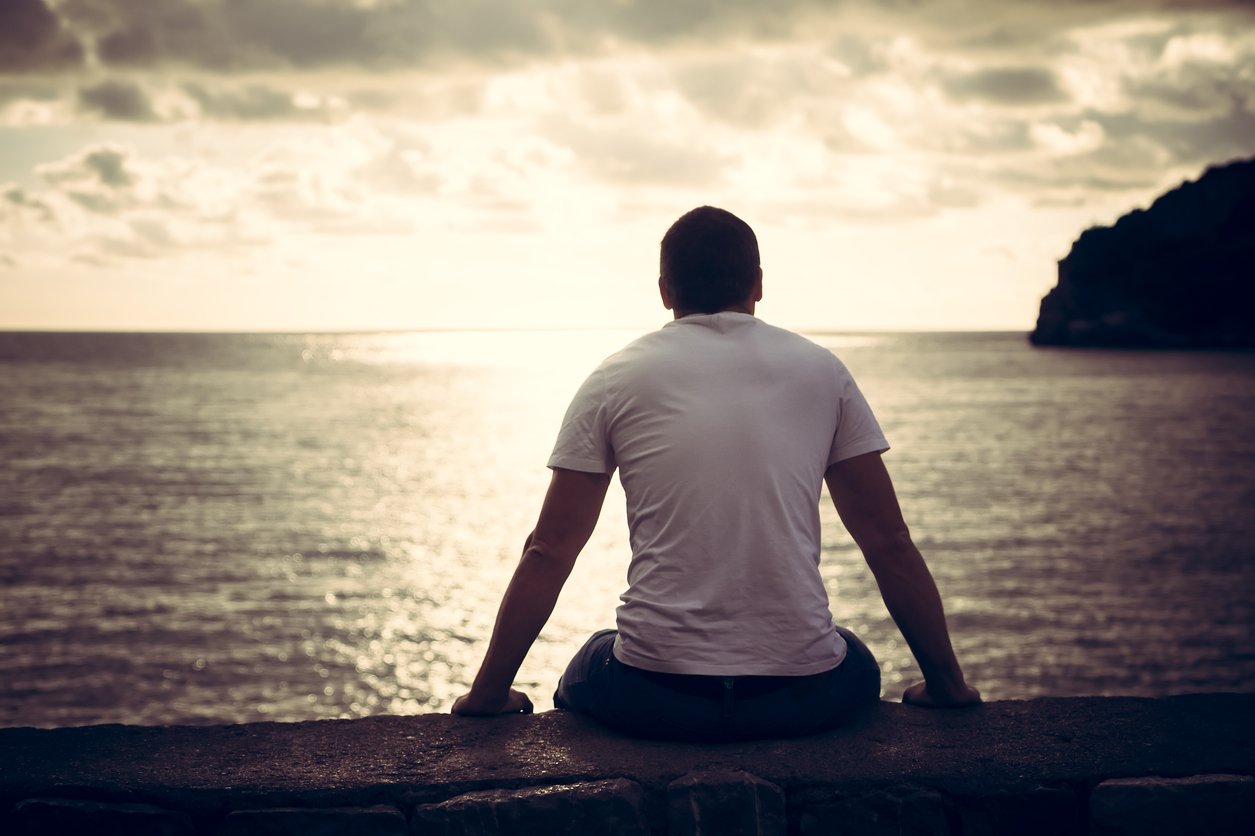 The Examen Prayer is considered a daily “instance of discernment of spirits.” A faithful practice of the examen gradually helps you be aware, understand, and act according to God’s will at every moment of the day. The examen helps you follow God’s voice by rejecting the Enemy’s. It is recommended that the examen is prayed every day in the evening hours, sometime after dinner and before Night Prayer. This prayer can be done in front of the Blessed Sacrament or in the silence of your room. Don’t rush through the steps. Feel free to linger with the Lord as the Holy Spirit moves your prayer.

Transition
I become aware of the love with which God looks upon me as I begin this examen.

Step One: Gratitude
I note the gifts that God’s love has given me this day, and I give thanks to God for them.

Step Two: Petition
I ask God for an insight and a strength that will make this examen a work of grace, fruitful beyond my human capacity alone.

Step Three: Review
With my God, I review the day. I look for the stirrings in my heart and the thoughts that God has given me this day. I look also for those that have not been of God. I review my choices in response to both, and throughout the day in general.

Step Four: Forgiveness
I ask for the healing touch of the forgiving God who, with love and respect for me, removes my heart’s burdens.

Step Five: Renewal
I look to the following day and, with God, plan concretely how to live it in accord with God’s loving desire for my life.

Transition
Aware of God’s presence with me, I prayerfully conclude the examen 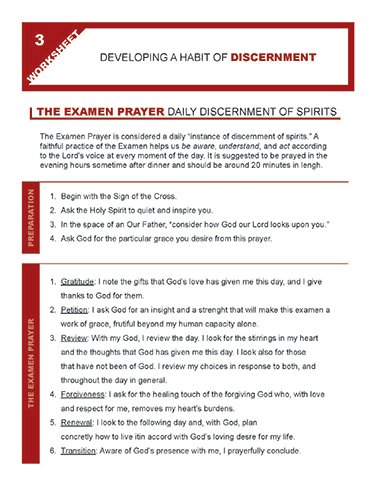 Don is a fourth-year university student whose faith had been of little importance to him until several months ago. In his first three years at the university he had abandoned Sunday Mass and had essentially ceased to consider religious matters. Not long ago another student invited him to a talk at the university chapel that began a slow journey back to the faith. From that talk Don accepted an invitation to attend a weekend retreat for young adults. That retreat made a great impression on Don and from then on, he desired a deeper relationship with the Lord Jesus that others at the retreat seemed to possess.

Don spoke with the retreat director about this desire. As they spoke Don mentioned his habit of taking a walk in the evenings when possible. He explained that he enjoyed the physical movement after a day of study and that he always found nature uplifting. Such walks, he said, were often the only quiet space of his day. The director suggested that Don try taking his evening walk with the Lord Jesus and that with the Lord he reviews his day, open to what the Lord might show him about it. Don liked the idea and began the practice of reviewing his day in this way.

As Don is walking this evening, he is aware that something is troubling him. He asks the Lord to help him understand why he feels so unsettled this day. Don recognized that he has felt somewhat burdened throughout the entire afternoon. Now he remembers when this feeling first began. He was walking to class after lunch and encountered a woman student of his same year in the university. They had been friends and had shared quite deeply in the past but had not seen each other in recent weeks. Don was completely unprepared for the intense anger she showed toward him and for the cutting remark she made. When Don became angry in turn and replied in kind, she simply walked away. Since that moment he has felt no peace.

Don now asks the Lord to be with him and to help him understand what happened. He thinks back to the last time he saw his classmate. He remembers that this was at a party and that he and his friends had been drinking heavily. When Don saw his classmate nearby, he repeated to the group some profoundly personal things she had shared in one of their conversations. At the time, together with his friends and under the influence of alcohol, it seemed humorous, and Don thought no more about it until today. Now he perceives how painfully embarrassing that moment must have been for this woman and how deeply betrayed she must have felt.

As he continues walking Don realizes with a sense of shame that he has treated this woman very badly. He sees that he will need to apologize to her, that he must do what he can to repair the harm he has done to her, and that he must seek if at all possible, to restore the trust that he has betrayed. Don also recognizes that he needs to examine his drinking habits. Suddenly he begins to wonder whether under the influence of alcohol he may also have hurt others in ways that he failed to grasp at the time. He plans to explore this too with the Lord in a future evening review.

As he completes his walk, Don quietly thanks the Lord for the insight he has been given. He decides that he will speak with the retreat director about what he has seen this evening and will ask his help toward effectively making these changes in his life.

Don has experienced the third step of the examen in a profoundly fruitful way. He has examined a troubling movement of his heart with courage and sincerity. The resulting insight clearly has great potential for moral and spiritual growth in Don’s life: in the way he relates to women and to friends in general, and with respect to alcohol and its abuse. His examen further leads to the spiritually beneficial decision to speak with the retreat director a second time.

What is different in Don’s life because he is making the examen? What might happen if he were not? What will change in his life of faith if Don perseveres in his evening walk with the Lord throughout his final year in college? If he continues this practice after college and in the years to come?

What should I read at this point?

The Screwtape Letters
By CS Lewis

Discerning the Will of God: The Ignatian Guide to Christian Decision Making
By Fr. Timothy Gallagher, O.M.V.